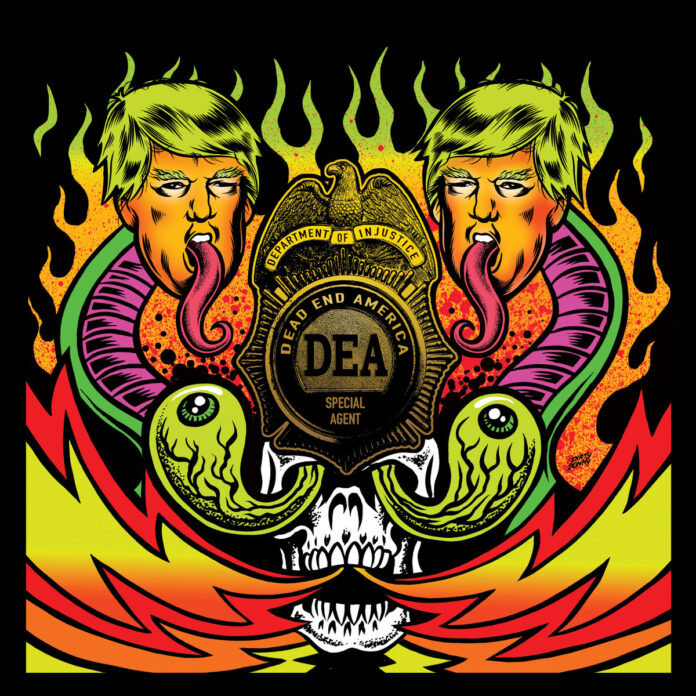 Recorded at House Of Tain in Milwaukee, Oregon, The Magic Closet in Stayton, Oregon, and Mondo Generator Studios in Salton Sea, California. Mike IX’s vocals on “Bullet for .45 (Straight from a .45)” were recorded by Sanford Parker at Hypercube in Chicago, Illinois, and Blaine Cook’s vocals on “Searching For A Reason” were recorded at RGP in Portland, Oregon. The tracks were mixed by Mr. Ian Watts at The Magic Closet and mastered by Nick Townsend at Townsend Mastering.
The cover art by Dirty Donny and layout by Emma Maatman.

Mark your calendars, preorders will go live on October 3, 2020 Here!