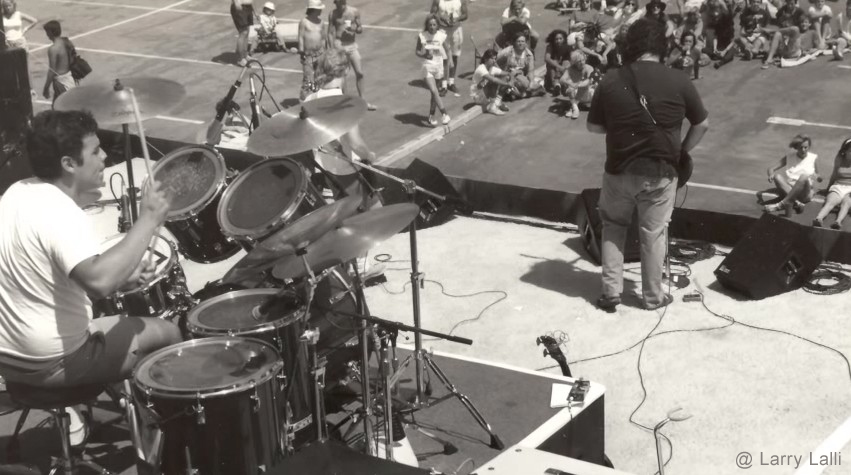 When I first heard ‘Sky Valley’ in the summer of 1994 I was blown away and, musically speaking, things changed forever. Growing up in the 70’s wasn’t that bad, I mean, all the stuff that I still listen to regularly was released during those beautiful years. Then, music turned into a money maker cash machine for Major Record labels and quality was not the same; all the bands sounded similar, trying to reach success with a formula that was not theirs but something created only for commercial needs.
When the self titled KYUSS album came out I was excited as it was 1977 again, the freedom of expression lost after the birth of MTV in the early 80’s was still alive.
Sky Valley was a huge statement: here we are, we do what we want and we don’t give a f**k. They sounded real without copying like others did, it was something completely new but still classic and familiar, a raw diamond that took me a lot of time to fully understand.
It was a work of art like those Hendrix or Sabbath records, and since that summer of 1994, it was really hard for me to listen to new music that could compete with that monster record.
That was one of the most important albums I’ve ever heard, and now, after 25 years, it still is. After Kyuss split up (that was knockout) I followed band members careers; Unida, Jalamanta by Brant Bjork and Queens of the Stone Age were my faves. However, I have not been aware of what was really going on in the California desert until the day I went to see Fatso Jetson in Rome. That was a turning point as important as the Sky Valley album. Mario, Larry, Tony and Vince were touring ‘Archaic Volumes’; I had a few Fatso records, but, to be honest, I hadn’t listened to them a lot since that night. The show was so intense, it was something I had never experienced before in my 30 years of concerts career. They were sweating like banshees in a tiny club in front of a small hypnotized and devoted crowd. Guitarist and leader Mario Lalli was using his finger to put the sliding glasses back on the nose on and on, when suddenly he decided to throw them on the floor, he was too absorbed by the music and they were an obstacle for the gig, ‘f**k the glasses I have to play’. They were real people playing real top quality music. That hybrid formula of Hard/Punk/Psych and Garage Rock with the addition of a distorted SAX was a declaration of knowledge, a quality rare to find in any band, something you had to witness that emotionally got me. I still can’t believe how many influences converged together to build the Fatso Jetson Sound, this is something not easy to accomplish. You can hear here and there The Black Flag, Devo, Black Sabbath, The Cramps, Howlin’ Wolf, ’60 Surf and a light dose of Jazz, all delivered to your ears with raw perfection, Fatso Jetson are a unique band that play loud, with skills and soul.
From that day on, I began to “study” everything I could about them, bought all the stuff and went deep into all things about the music coming from the California Desert. I found everything Mario did both as a musician and a promoter of the ‘Desert Scene’ and realized how important he was for the movement. I discovered a lot of great bands, each one different from the other, thankfully no Kyuss copies, but a vast range of musical expression that goes from Punk to Jazz, with everything in between. A scene based on a geographic environment rather than a specific sound or trend, they all sounded true and real as the bills in my drawer.
A few years later I was honoured to become friend with Mario and the guys, began to help them with tech stuff with their bands websites, thing that I still do.
This humble web page covers and promote ONLY California Desert bands and related projects, so you will not find here Lowrider, Monster Magnet or Fu Manchu, even if I love them much.
If you have corrections or addictions to any part you see here please notify, thanks for listening, and sorry for my terrible english.

Please note that all band discographies may be incomplete or with some minor errors, if you find something you would like to add/correct please notify.