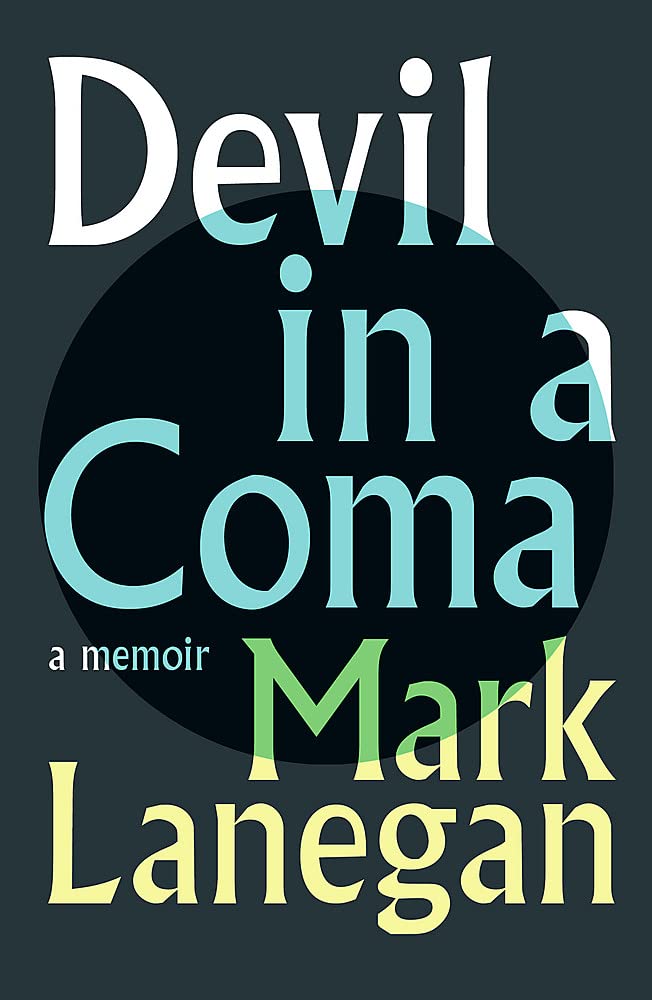 One morning in March 2021 with the second wave of infections ripping through Ireland where he was newly resident, Mark Lanegan woke up breathless, fatigued beyond belief, his body burdened with a gigantic dose of Covid-19. Admitted to Kerry Hospital and initially given little hope of survival, Lanegan’s illness has him slipping in and out of a coma, unable to walk or function for several months and fearing for his life.

As his situation becomes more intolerable over the course of that bleakest of springs he is assaulted by nightmares, visions and regrets about a life lived on the edge of chaos and disorder. He is prompted to consider his predicament and how, in his sixth decade, his lifelong battle with mortality has led to this final banal encounter with a disease that has undone millions, when he has apparently been cheating death for his whole existence.

Written in vignettes of prose and poetry, DEVIL IN A COMA is a terrifying account of illness and the remorse that comes with it by an artist and writer with singular vision.

This new Lanegan book will be released on 14 December 2021. Signed copies and limited edition prints available. Follow links to order!