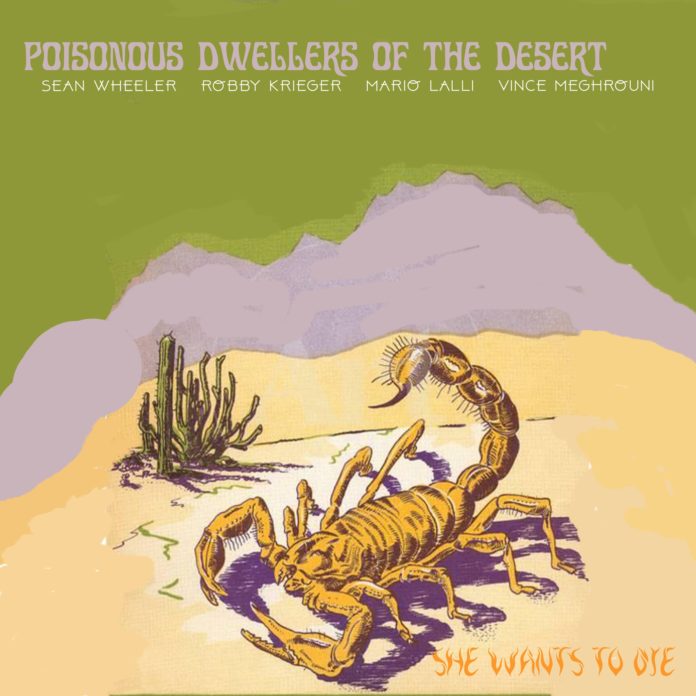 The track is part of sessions recorded at Robby Krieger’s Los Angeles studio in 2016. All improvised jams with poetry and song by Sean Wheeler.

Title: She wants to die

Recorded and mixed by Harper Hug and Mathias Shneeberger