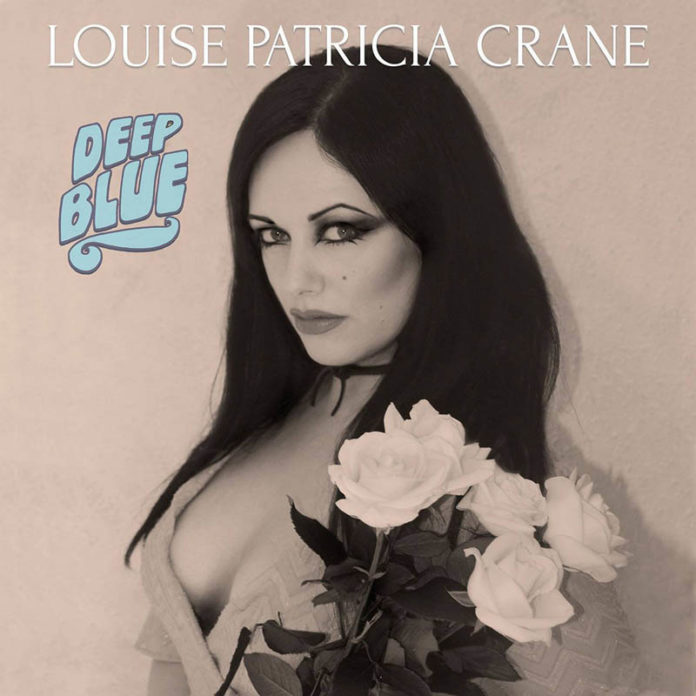 It was early 2017 when Louise Patricia Crane wrote the song that would become the title track of her debut solo album, ”Deep Blue”. Having written and recorded with The Eden House the previous year, Louise relocated to Cambridge to begin working with musician and producer Stephen Carey at his Stanton Manor studio.
With a shared vision to create something beautiful and unique in music, the two set about working together.

What transpired from these writing sessions is an inspired and provocative work, drawing upon Louise’s expansive musical and artistic influences –  from guitar-driven ’70s progressive rock and blues, the baroque sounds of ’80s avant-garde dream pop – to rich, lyrical imagery drawn from literature, surrealist horror films of the ’60s and ’70s, tragic historical seductresses and dreamlike themes of escapism.

In early 2019 writing and recording continued and Louise brought King Crimson guitarist and frontman Jakko Jakszyk on board to collaborate, providing his distinctive guitar sound and stunning multi-track vocal harmonies on a number of songs throughout the album.
It was then that the legendary Danny Thompson (Kate Bush/Peter Gabriel) would collaborate, the unmistakable sound of his upright bass a fitting end on the closing track of the album, ”The Eve Of The Hunter”.

The assemblage of extraordinary musicians would continue when Louise approached Ian Anderson with a view to him playing flute on the album. Ian’s stunning contributions can be heard on the tracks ”Snake Oil” and ”Ophelia”. Renowned bass player Scott Reeder (Kyuss) joined the ranks around the same time, further enhancing the soundscape on ”Deep Blue”, alongside the faultless rhythm section provided on a number of songs by drummer Simon Rippin and bass player Steve Mercy. Shir-Ran Yinon also provides beautiful violin on muliple songs.

The striking cover image is a portrait photograph by the legendary Irish artist, Jim Fitzpatrick.