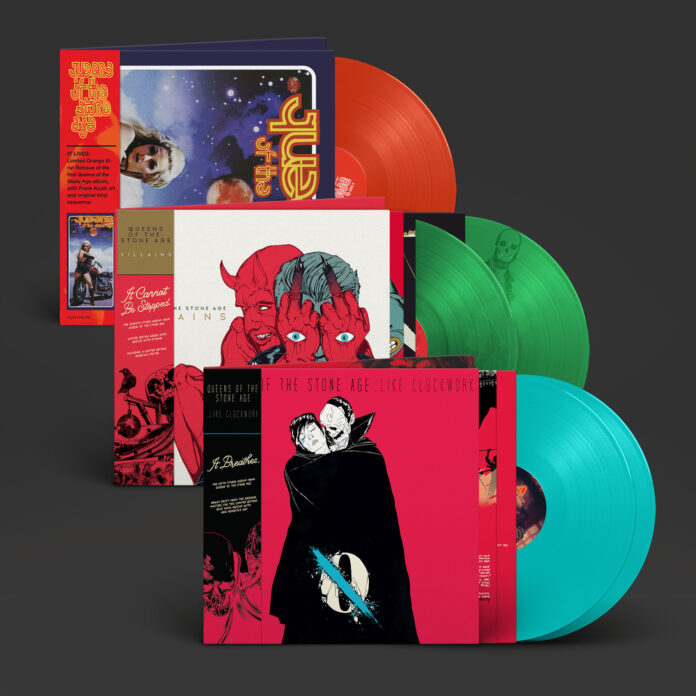 QUEENS OF THE STONE AGE (1998)
The landmark, debut album from Queens of the Stone Age is back in print for the first time in 10 years. Restored to its original sequence with the original, long out-of-print artwork by Frank Kozik. Featuring an obi-strip designed by longtime collaborator Boneface and pressed on standard black and limited-edition opaque orange vinyl.

The 2013 GRAMMY nominated 6th studio album from Queens of the Stone Age returns newly recut from its original master tapes with alternate artwork and an obi-strip from Boneface.

Queens of the Stone Age’s redefining, 2017 album produced by Mark Ronson and co-produced by Mark Rankin is reissued in a special, 5-year anniversary package with etching, obi-strip, and a limited-edition poster by Boneface.

It Came From the Desert!, Vol.1

All Souls just released ‘The Grind’, the 3rd single from ‘Ghost Among Us’